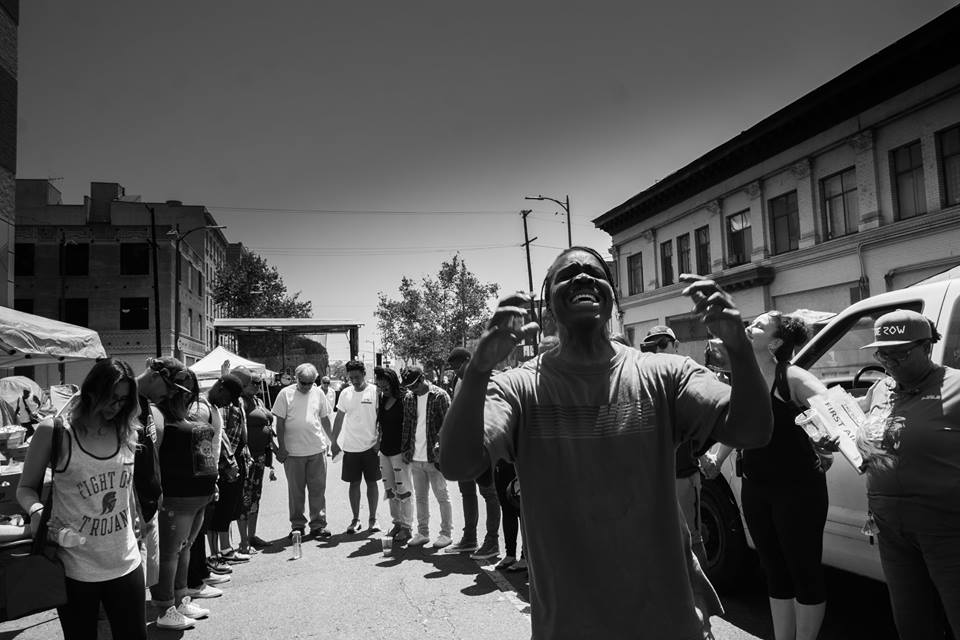 They came on foot, bicycle and wheelchair, drawn to the trio of singers improvising a classic call-and-response gospel chant as dusk fell in the evening quiet of a skid row street corner.

For 15 years, the Rev. Stephen Cue Jn-Marie, armed with a Bible, microphone, amplifier and folding chairs, has presided over this Friday night open-air service for homeless people, downtown welfare hotel residents and supporters from as far away as Orange County who join his “Church Without Walls,” The Row.

The Row Church has been on the front-lines fighting for a minimum wage of $15 per hour in  Los Angeles for the last year and a half and was instrumental in helping to ensure its passage  into law. We continued the Fight for 15 at both the state and federal levels. The fight for $15 is more than just a fight for wages. 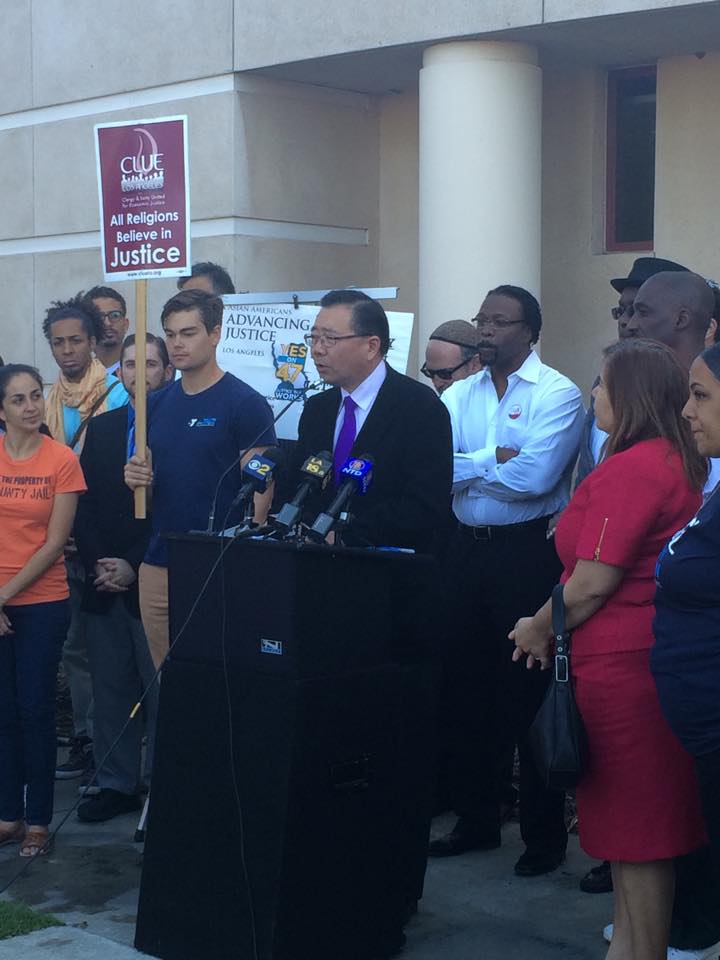 The Row Church rejoices that our efforts helped to pass Prop 47. Prop 47 reduces minor offenses such as drug possession or petty theft formerly classified as felonies to misdemeanors. The impact Prop 47 is making in human lives is significant and rippling through many households within our community. Mass incarceration has become a lucrative business at a staggering cost of $235,000 per year to house just one youth. This money could be used to provide rehabilitation for many who turn to drugs to escape the nightmares life has cast upon them or food, jobs, or housing for those who are forced to steal to survive.
Read more